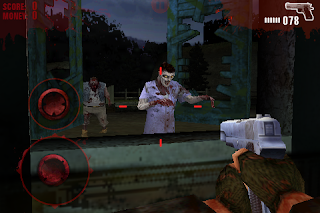 …For your braaaaains! Bulkypix and Magic Pocket’s zombie shooter will be crashing through a window of the App Store this May. The game, as you may have surmised from the the title and above screenshot, sees you taking refuge in a dilapidated shack and fending off undead hordes with all the high-powered weaponry you can lay your hands on. Kinda like Call of Duty: Zombies. Oh, all right then, exactly like Call of Duty: Zombies. Check out the full press release, feature list and gameplay trailer below.
In this single-player game you have to survive for as long as possible in a house with zombies trying to break in. The game features OpenFeint scoring, three weapons (pistol, shotgun and machine gun), and unlockable features like new levels and weapons which you can gain access to after earning money from your kills.
Story: The coming of the Apocalypse had been announced for centuries, so we were not to know that it was so close. The dead have risen from the ground and destroyed everything in their path. You have managed to survive until now, but you are alone and cut off… How long will you be able to survive? 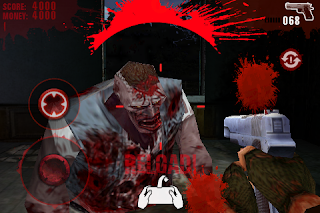 Features:
• Experience fear and stress in a battle for your survival.
• Enjoy being in an entirely 3D-modelled environment with impressive graphics.
• Take on the hordes of dozens of zombies coming to drink your blood (what are they vampire zombies? – Ed). A totally new scenario for the iPhone/iPod Touch (ahem – me again).
• Let your weapons do the talking as you drive back your assailants.
• Use OpenFeint to survive and achieve success. Beat the highest scores to become world number one.
• Challenge your friends on Facebook or Twitter by posting your highest scores.
Type to search or hit ESC to close
See all results