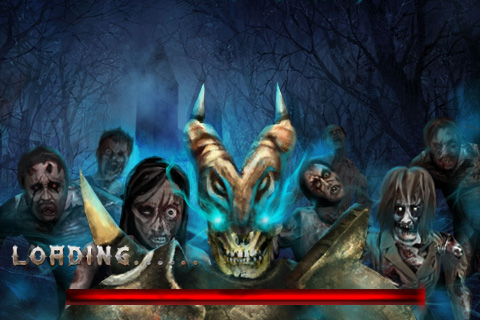 In the dead of night a professional grave robber lands on an eery, mist-shrouded island. Her name is Sarah. Her mission to seek out six legendary crystal skulls. However if she was hoping for a relaxing spot of tomb raiding, then sadly she’s out of luck, because the island is crawling with the undead. And they’re hungry.

A heady mix of 3d survival horror thrills, shoot ’em up action and rudimentary RPG-style levelling up, Graves Robber is an undeniably ambitious entry into the zombie blasting canon. But one that’s unfortunately fettered by its awkward controls. 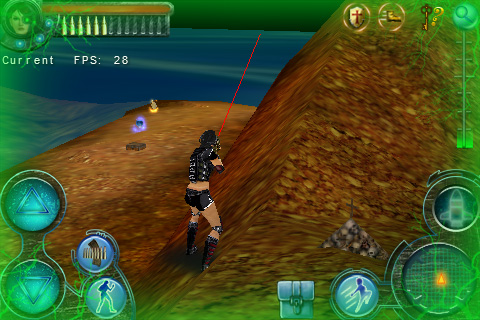 The game thankfully begins with a brief training sequence which introduces the player to the basics of running, gunning and collecting items. This a necessary inclusion due that clunky control method; an unusual combination of directional arrows for movement backwards and forwards and tilting to turn and aim.

As you play on, though, Graves Robber comes into its own, delivering an instant hit of zombie slaughtering action. Demented flesh-eaters attack from all angles, and a nifty slider button allows you to shift from a traditional over-the-shoulder, third-person perspective, to an in your face FPS view of the carnage.

The graphics here are great, with a high level of detail on character models and some blood-curdling effects, such as zombies bursting into flames as you pump them full of hot lead. 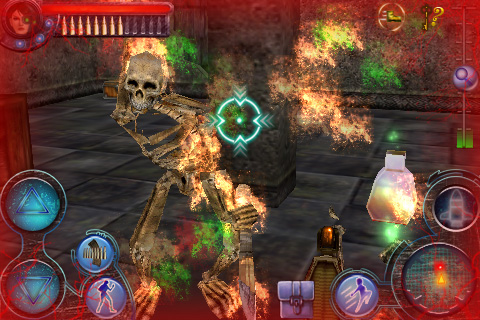 These frequent gunfights aren’t as fluid or fun as they could be. There is a huge amount of icons, buttons and gauges displayed onscreen during play, meaning things do feel quite cluttered, and it’s easy to hit the wrong one in the heat of battle. Also when you delve into your napsack for a health potion or other power-up, although a menu window pops up, the action continues in the background, so Sarah keeps taking damage.

Aiming is a bit of chore too, largely due to your protagonists lack of speed (it takes her an age to turn around if the zombies happen to strike from behind). And forget legging it because she adopts a steady jog rather than an all out sprint. 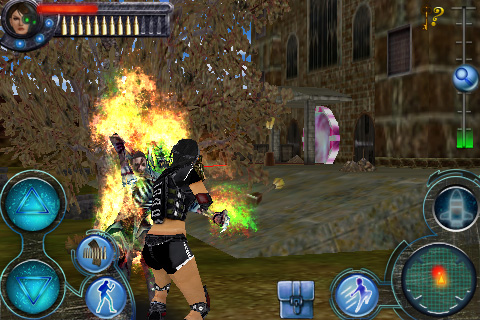 That said, the game does have some great features. Reloading while running or when under attack may be impossible, but handily Sarah has a “time-machine” tucked away in her tardis-like bag of tricks, which can be used to freeze enemies whilst you reload your weapon or swig a few health potions.

The RPG elements are also very well implemented and add further depth to the game. For example, looted cash can be used to purchase more ammo, upgrade your weapons, or for new body armour. While zombie killing tops up your magic guage giving you a better chance at dispatching the hulking end of level bosses.

All in all, Graves Robber is a decent stab at the genre and well worth a purchase if you’re a survival horror or RPG fan. The controls and sluggish movement may be unneccesarily frustrating, but persevere, and there’s a great game to be found buried beneath these annoyances.