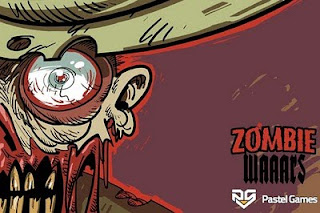 Pastel Games are most definately on a roll, with back-to-back releases of Shadow Edge and Above & Below on the App Store this week. Not content to let the dust settle, they have just released some interesting details, artwork, and a production video for their next project (working title) Zombie Waaars.

Described as a slasher, Zombie Waaars puts the player in the boots of Karl, a soldier who unwittingly enters into a battle with the undead. Beyond this intriguing description details of this upcoming title are scarce but, zombiephiles we are, iFanzine have managed to find a few other tasty morsels of information: 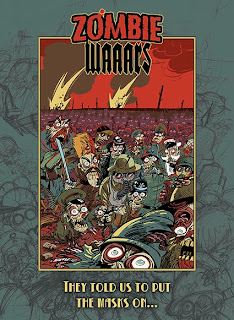 Minigore and Inkvaders have been mentioned as inspirations, while Pastel Games have enlisted the twisted imagination of underground comic book artist Mr.Herring to bring the gruesome undead characters (back) to life. The production video below shows off some of these brilliantly bizarre creations in action, while a few more concept sketches can be found over at Mr. Herring’s blog. We’ll let you know more as soon as we do!